With several states echoing the need to challenge the newly enacted laws, this is the first legal challenge 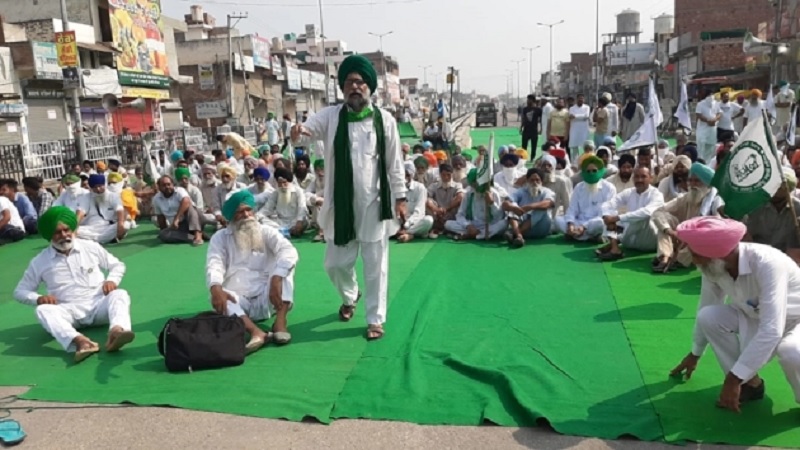 The writ petition has been filed by Congress Member of Parliament TN Prathapan challenging the constitutionality of the Farmers (Empowerment and Protection) Agreement of Price Assurance and Farm Services Act, 2020 through advocate James P Thomas on September 28, 2020. Although the three bills were vehemently opposed by the opposition parties in both Houses, the impugned Act received President’ assent on September 27, 2020 and got notified by the Government of India thereafter.

The petitioner asserts that certain provisions of the Act are violative of Article 14, 15 and 21 of the Constitution of India and that the legislation is a recipe for disaster paving a way for unregulated parallel market which will lead to exploitation of the farmers by the hands of moneylenders, individual and multinationals embodied in a corporate structure.

The Petitioner further submits that

The petition further states that the underlying principle of right to life and personal liberty is infringed under Article 21 of the Constitution of India. It mentions that Justice Bobde upheld innate dignity and autonomy of a man as two values whose protection is a matter of universal moral agreement in Justice KS Puttaswamy v Union of India. So, there is a need to uphold the dignity, autonomy and interests of Indian peasants.

The Modi Government has also managed to garner opposition from the parties across India. On September 21, 2020 eight Rajya Sabha MPs representing Trinamool Congress, Aam Aadmi Party, Congress, Communist Party of India (Marxist) were suspended on the pretext of unruly behaviour during the passage of two farm bills — Farmers (Empowerment and Protection) Agreement on Price Assurance and Farm Services Bill, 2020, and the Farmers’ Produce Trade and Commerce (Promotion and Facilitation) Bill, 2020 over a voice vote. On September 22, 2020 parties led by Congress walked out of the Rajya Sabha post their demand for suspension revocation of the MPs were not met.

Lok Sabha MP Harsimrat Kaur Badal who held the post of Union Minister for Food Processing, resigned earlier this month agitating against the three bills (now Acts) and The Akali Dal, BJP's two decade old ally, has also quit the NDA government amid the farmers' agitation. Senior CPI(M) leader and MLA (Jadavpur) Sujan Chakraborty claims that rights of farmers will be converted to contractual farming which is anti-democratic, anti-constitutional snatching away the right to food of farmers. Rahul Gandhi of Congress has been calling the bills a death orders for farmers.