Kerala Science Centre to be named after Golwalkar

A closer look at his speeches reveals racist and misogynistic ideas, especially those that denigrate Kerala’s Hindu women 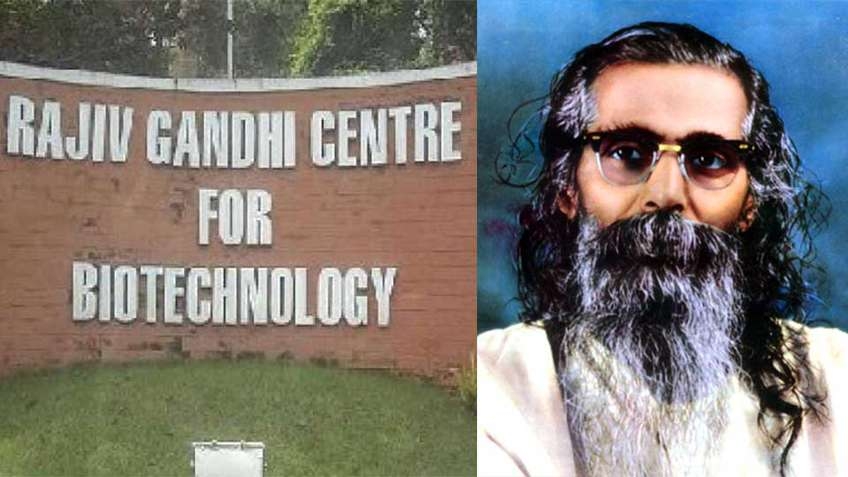 According to a statement (December 4, 2020) of the Science and Technology minister Harsh Vardhan a new campus with in the Rajiv Gandhi Centre for Biotechnology at Thiruvananthapuram, Kerala would be named “Shri Guruji Madhav Sadashiv Golwalkar National Centre for Complex Disease in Cancer and Viral Infection”[1].  Madhav Sadashiv Golwalkar was the second Supremo of the RSS (1940-1973) and the most prominent ideologue of the RSS whom our PM credits for grooming the latter into a political leader.

It was during his term as boss of the RSS that Hindutva criminals associated both with the Hindu Mahasabha and RSS killed MK Gandhi for which RSS was banned and Golwalkar jailed. He demanded abrogation of the democratic-secular constitution of India and enforce Manusmriti (which decrees sub-human status to Sudras and women) as the constitution. He called upon Hindus to emulate Hitler who organised Holocaust to cleanse Germany of Jews for 'solving' minorities' problem in India.

The naming of a science centre after this guru of hate is despicable for another Kerala-specific reason. Golwalkar is well-known for brazen denigration of Hindu women of Kerala. Golwalkar was invited to address the students of the School of Social Science of Gujarat University on December 17, 1960. In this address, while underlying his firm belief in the Race Theory, he touched upon the issue of cross-breeding of human beings in the Indian society in history. He said:

"Today experiments in cross-breeding are made only on animals. But the courage to make such experiments on human beings is not shown even by the so-called modern scientist of today. If some human cross-breeding is seen today it is the result not of scientific experiments but of carnal lust. Now let us see the experiments our ancestors made in this sphere. In an effort to better the human species through cross-breeding the NamboodriBrahamanas of the North were settled in Kerala.and a rule was laid down that the eldest son of a Namboodri family could marry only the daughter of Vaishya, Kashtriya or Shudra communities of Kerala. Another still more courageous rule was that the first off-spring of a married woman of any class must be fathered by a Namboodri Brahman and then she could beget children by her husband. Today this experiment will be called adultery but it was not so, as it was limited to the first child."

Golwalkar in this lecture also made a strong defence of the much-despised regime of Varna system or Casteism; the fountain-head of Untouchability. In the course of his speech he said:

"Today we try to run down the Varna system through ignorance. But it was through this system that a great effort to control possessiveness could be made...In society some people are intellectuals, some are expert in production and earning of wealth and some have the capacity to labour. Our ancestors saw these four broad divisions in the society. The Varna system means nothing else but a proper co-ordination of these divisions and an enabling of the individual to serve the society to the best of his ability through a hereditary development of the functions for which he is best suited. If this system continues a means of livelihood is already reserved for every individual from his birth."

The above statement of Golwalkar was highly worrying in many respects. Firstly, it proved that Golwalkar believed that even in the Hindu society India had a superior Race or breed and also an inferior Race which needed to be improved through cross-breeding. Secondly, a more worrying aspect was his belief that Brahmans of the North (India) and specially NamboodriBrahamans, belonged to a superior Race. Due to this quality, NamboodriBrahamanas were sent from the North to Kerala to improve the breed of inferior Hindus there. Interestingly, this was being argued by a person who claimed to uphold the honour and unity of the Hindus world over.

Thirdly, Golwalkar as a male chauvinist believed that a Namboodri Brahman male belonging to a superior Race from the North only could improve the inferior human Race from South. For him wombs of Kerala’s Hindu women enjoyed no sanctity and were simply objects of improving breed through intercourse with NamboodriBrahamanas who in no way were related to them. Thus, Golwalkar was, in fact, confirming the allegation that in the past male dominated high Caste society forced newly-wedded women of other castes to pass their first nights by sleeping with superior Caste males.

Shockingly, Golwalkar expressed these Racist, anti-women and anti-egalitarian views not in the presence of some uneducated or anti-social elements but before a noble gathering of gentry consisting of the faculty and students of a prime university in Gujarat. In fact, Golwalkar was welcomed by Dr. B. R. Shenoy, Director of the School while he arrived at the auditorium. The press reports make it clear that there was no murmur of protest against such fascist and ridiculous ideas as most of those present must have been affiliated with the RSS. It shows the degree of respectability which high caste oratory enjoyed in Gujarat and explains why Hindutva could make inroads in this region.

It is mind-blowing that despite Golwalkar holding such criminal ideas which openly denigrated women and society of Kerala, the present-day RSS-BJP rulers have dared to name a prominent science centre after him. It only shows that the Hindutva rulers are least bothered about the honour, esteem and prestige of the Keralite society. It would be a sad day for not only Kerala but democratic-secular polity of India if it is allowed to happen.

Other articles by Shamsul Islam:

On 72nd anniversary of the Indian Constitution

Is the Indian state launching a proxy Hindutva project of militarizing of Hindus?