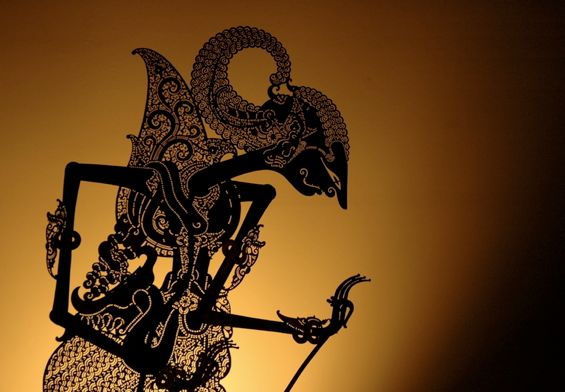 On a trip to Yogyakarta, the cultural capital of Indonesia, I had a visual treat. I saw the most beautiful ballet – a two-hour Ramayana performed with the fantastic Prambanan temples looming in the background. It was mesmerising. The Prambanan temples are dedicated to Brahma, Vishnu and Shiva and were built in the ninth century. The following day I was invited to visit a yoga centre. I accepted the offer with enthusiasm and felt proud as an Indian to see a bunch of Indonesian boys and girls deeply involved in the practice of yoga albeit sans chanting of any shlokas. What was most interesting was that one of them was wearing a jilbab (the Islamic headscarf).

When their yoga teacher asked them to do the surya namaskar, I noticed that the jilbab-clad girl, who was otherwise most proficient, did not do the namaskar, perhaps the easiest part of the 12-stage exercise. But she did the remaining steps. After the class got over, I went up to her, seeking answers. Her name: Dinna Saraswati. Her explanation: as a Muslim, it was against her religion to pray to the sun. When asked about her motivation to do yoga in the first place, she replied: “only as a physical exercise”.

My host for the evening was a member of the Ramayana ballet troupe. Indra Kusuma is a warm, hospitable Javanese. During the sumptuous meal he introduced me to Mohammad Anas, his son. Throughout the evening the father was wearing a skullcap and was very noticeably a devout Muslim, his name notwithstanding. The son, a smart 21st century teenager, very Arab in name, was clad in a T-shirt that had Che Guevara’s grim expression printed on it.

On my return to Jakarta where I live and work now, I received a call from a friend who had discovered I was here through Facebook. My friend had lived in the Middle East and had done well as an engineer in an oil company before moving to Indonesia some years ago. We decided to meet over dinner. I narrated my experience of the yoga class in Yogyakarta. My friend, also a Muslim, said that Indonesians were peculiar as far as their practice of Islam is concerned. “Did you notice their names and their ways?” he asked. I hastened to remind him that this was a country where more than 85 per cent of the population practises Islam and is recognised as the largest Muslim country in the world. His take was – all that is fine yet the practice of Islam here is unusual.

When the time came to say goodbye, I said khuda hafiz, the standard North Indian Muslim way to bid adieu. My friend said that was not right. I should have said Allah hafiz instead. Khuda is a Persian word while Allah is Arabic, both however denoting god in two different languages. I came back home feeling pretty overfed but utterly confused.

I come from a village located on the fringes of Awadh in Uttar Pradesh. We grew up hearing the sounds of bhajans and azan. My grandfather wore a dhoti when at home and a sherwani, kurta and churidar-pyjamas when the occasion demanded. So did Thakur Gajraj Singh, a devout Hindu and his best friend from the neighbouring village. They spoke Awadhi laced with Bhojpuri, ate the same food and shared the same hookah.

Interestingly, my grandfather also headed the organising committee of Dhanushjag – our village ballet organised during Dussehra. After the performance, he would bless the participants who touched his feet and got some money in return. My grandfather rarely missed his namaaz. Yet he had no qualms in folding his hands in response to a similar greeting. He also said assalaam aleikum or adab when required.

I have always thumped my chest and proudly proclaimed that I belong to a civilisation that is over 4,000 years old. In our composite culture, we see Rama and Sita, Krishna and Radha, Mahavira and Buddha as part of our civilisation. We don’t pray to them but we have always participated wholeheartedly in Ramlilas, Holi and Diwali. Islam is my religion. At home our standard greetings are adab and khuda hafiz. Persian, of course, because Awadh had a deep Persian influence. I know a high-ranking Awadhi, a devout Muslim, whose name is Rajan Habib.

Flip through the pages of Islamic history and you will encounter Salman Farsi – a companion of the prophet. Salman was Persian, as his name suggests. After his association with the prophet, he did not prefer to be known as Salman Arabi. He was a Farsi and remained one till he died. He was one of the earliest Muslims.

You will also notice that in Egypt and North Africa, lands we now think of as clearly Islamic, there were no Muslims and effectively no Arabic speakers and the same was true for Afghanistan and Iran. With the advent of Islam, religious beliefs changed and so did habits but the deep-rooted cultures remained. To my ignorant mind, there is no conflict between faith and cultural identities.

But suddenly, I notice attempts to rectify my ways. People telling me that my traditional ways are erroneous. That Indra’s ways are strange but his son’s name is fine, since it is Arab. All because we are Muslims, hence all that we do must be recognisably Islamic (read Arab). Perhaps because Islam and Arab can be used interchangeably. Or do I sense that only Arab can be Islamic?

In our composite culture, we see Rama and Sita, Krishna and Radha, Mahavira and Buddha as part of our civilisation. We don’t pray to them but we have always participated wholeheartedly in Ramlilas, Holi and Diwali. Islam is my religion

Well, I am a Muslim but my first name is not Arab. So what am I? I feel perplexed. So perhaps do many Indonesians and Indians.

Looking for answers, I came across this quote from a fellow Indian, Maulana Abul Kalam Azad, who famously said: “I am a Muslim and profoundly conscious of the fact that I have inherited Islam’s glorious tradition of the last 1,300 years. I am not prepared to lose even a small part of that legacy. The history and teachings of Islam, its art and letters, its culture and civilisation are part of my wealth and it is my duty to cherish and guard them… But with all these feelings, I have another equally deep realisation born out of my life’s experience, which is strengthened and not hindered by the Islamic spirit. I am equally proud of the fact that I am an Indian, an essential part of the indivisible unity of Indian nationhood, a vital factor in its total make-up, without which this noble edifice will remain incomplete. I am an essential element which has gone to build India. I can never surrender this claim.”

My doubts have been laid to rest. Indra Kusuma, my Indonesian friend, your name is fine and you do a great job of performing Ramayana ballets every day in a temple complex. And as for you, my Indian friend in Jakarta, I would only say: “Khuda hafiz!!”