Skip to main content
Sabrang
Sikar district in Rajasthan has had it’s share of communal tensions, but Muslims here have risen above these past conflicts and district have set a heart-warming example of religious camaraderie by donating land to help build a Hindu temple 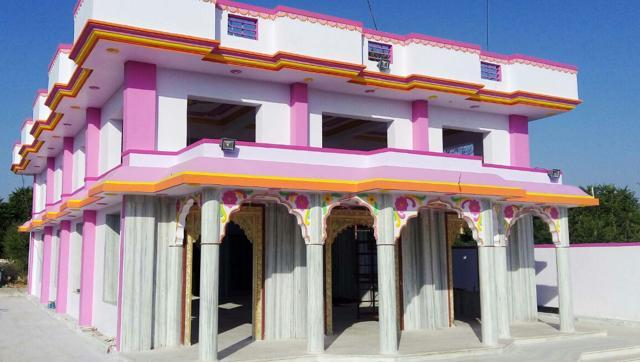 News of Muslims in Kolida who donated 2 bighas or 34,848 square feet of land from their abandoned graveyard to the village’s Meels, that to those who belonged to the Jat community, has sent positive vibes across the district. The Meels have constructed a temple of local goddess Surjal Mata at the cost of about Rs 50 lakh on this land. This us another example of furthering of harmony between different social groups if they are left to do so without political interference.

“Ten years ago, Muslims had donated 1 bigha land 10 years ago and we had made a small temple. About two years ago, we started expanding the temple and grew short of land. It was then that the Muslims then gave another half a bigha at that time. Some six months ago, they gave the remaining half bigha too,” Shivpal Singh Meel, a former sarpanch of the village, told The Hindustan Times.

The move was especially heartwarming as Meel added that the Jats never asked their Muslim neighbours for the land and they themselves came forward to help them. “There is tremendous brotherhood between the communities here. On the inauguration of the temple too, which took place on Friday, people and leaders from both the communities came,” he said. In turn, Mohammed Ishaq, the deputy sarpanch of the village, said that the old graveyard was lying useless since the last 50-60 years.

“When we came to know that the Jats were developing the temple further and needed more land, we called a meeting of community elders, who after a discussion, decided to donate the land to the Meels,” Ishaq said. Subhash Mahariya, the former member of Parliament from Sikar who was also present during the inauguration of the temple, said that the village’s minority community has indeed set a fine example.

Sikar collector Kunj Bihari Gupta, who came to know about the donation from the local media, appreciated the gesture and said that the two communities have always lived amicably in the district. “Even in the Shanti Samiti meetings that we hold in the district, the pluralistic beliefs of both the communities are evident,” he added.