Skip to main content
Sabrang
Summary
This witty, tongue-in-cheek novel that laughs at the foibles and hypocrisies of Brahmins and upper castes across India begins with a crime. Paraiah, a dalit, is beaten to death for the crime of thinking about God, which might well lead to thoughts of equality ...Six men representing the remarkable Brahmins of India celebrate his death, Veda Shastry of Tamil Nadu (where the purest examples of exalted brahminhood are to be found) is the rightful leader. Namboodri of Kerala is a from a caste that created the most perfect system of discrimination that the world has seen; Krishnamurthy of Karnataka and Appa Rao of Andhra Pradesh are slightly moderate; Tilak of Maharashtra dreams of increasing discrimination while Banerjee of Bengal believes he is above caste. As the men take their leave of Shastry, the authors gaze follows them ironically. Lastly, comes Isaiah, an American black, who knows all about race, and journeys to India to find out about the non-violence movement that had inspired Martin Luther King, Jr and discovers much else besides.
ISBN Number
978-81-85604-33-6 / 81-85604-33-9
Book Image 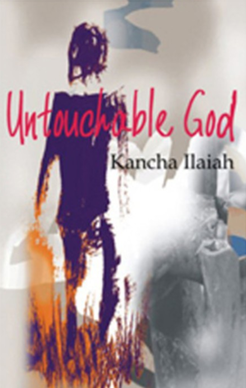